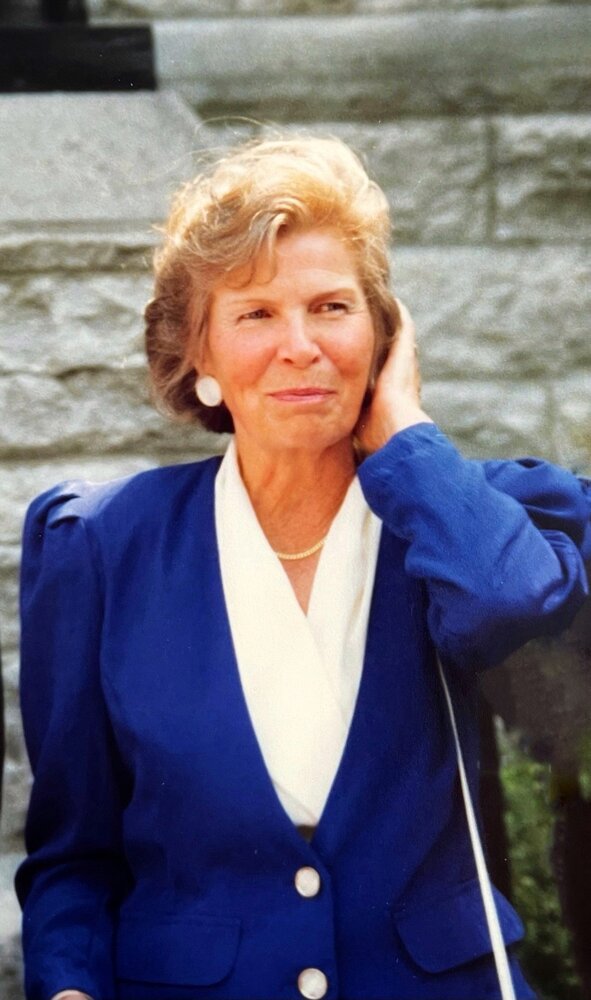 The homestead on the family dairy farm was the foundation that would shape a life as the quintessential mom. Family was her life’s priority. Love was her currency.

Born in 1927 at St Michael’s hospital in Toronto, Mary was the only baby who wasn’t born on the farm. With the Great Depression looming, the death of her father at a young age and the loss of her 18-year old sister Francis to cancer, Mary endured tough lessons that would imbue her with a strength that carried her to the glorious age of 95.

The little girl who walked country roads with her siblings to a one-room school house in the hamlet of Omagh, (near Milton) would find a warm building waiting, thanks to the student designated to light the pot-belly stove. As a bonus, neighbourhood pal Jimmy would often give her a lift home on the handlebars of his bike.

Such early memories set the stage for a life marked by humility and strong Catholic faith.

“Mamie” was her father’s term of endearment for his daughter. Shortened to “Mame” by her siblings and husband, the moniker was a lasting legacy.

As a young woman, Mary would gravitate to business courses in high school in Toronto, setting the stage for a post as payroll clerk at Wilson Motor Bodies. But it was the desire for a workplace full of life and many colleagues that would take her to A. V. Roe, in Malton Ontario, birthplace of the famed Avro Arrow.

What a fortuitous move this would prove to be.

Mary set up in the accounting office at the aviation manufacturer. One of her tasks – the issuing of parking passes. When a tall, striking man in a pilot’s uniform came across her desk, the fates were sealed.

Ronald Bertram Hall, an aeronautical engineer and member of the RCAF, was a “happy and interesting guy,” Mary said as she remembered those early days. And “lots going on for him in looks!”

For his part, even at age 99, Ron still grinned when he told stories about “the girl down the hall” at A.V. Roe. Mary had a great sparkle, and a ready laugh.

Mary and Ron wed in Toronto in 1957. The Hall family grew in 1960, with the arrival of son Peter, followed four years later by Brian.

After more than a decade in Clarkson, Ontario, Mary agreed to pack up the children and join Ron in an entrepreneurial adventure in London, Ontario.

The early years of this fledgling business would see Mary doing payroll at the kitchen table, and driving brown bag lunches out to Ron.

With retirement calling, Mary and Ron built a haven in the sun in Marco Island, Florida. A sprawling home that would see much laughter, as family gatherings grew to include their six grandchildren.

Christmas memories on Marco were marked by the annual tennis match with dear friends the Lenihans and Brennans. Look behind the mincemeat, the presents and the tournament organizing, and you would find this remarkable woman in an apron, big smile across her face.

Mary knew her way around the tennis court as well as she did her beloved kitchen, operating with great skill in both arenas. She would often be seen on the phone in their Marco home, pencil in hand, organizing that week’s games for her vast array of tennis friends.

It was her best friend of almost eight decades, Irma Sproule, who would be her most enduring tennis partner. The pair shared life’s highs and lows by phone call, right up to the final years of their lives.

She is survived by her steadfast friend of forty-plus years, Teresa Lenihan.

Mary’s friends and family will be forever grateful for her love, laughter and strength.

As with her husband Ron, Mary was able to end her days in comfort in their north London home. The family owes great thanks to the dedicated caregivers who made this possible; Josephina, Esther and Cecelia, and a special thank you from the family to Sherline, who led the team with extraordinary compassion and skill.

Thank you for your love and example.