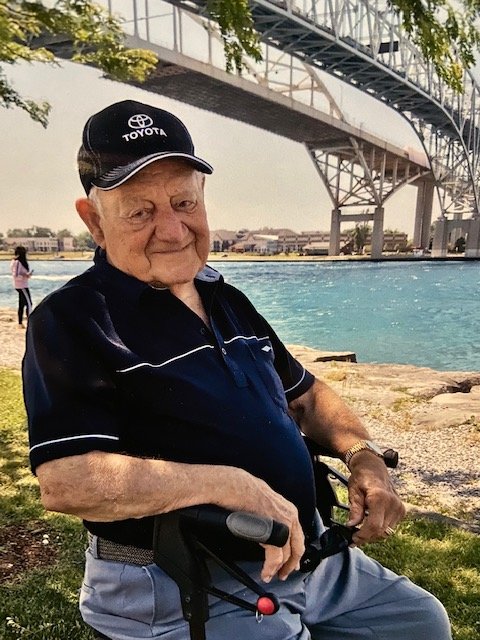 Charles was born on May 29, 1934 in Valletta, Malta and grew up through WW 2 which impacted his whole outlook on life. After meeting the love of his life, Mary Rose they married and started a family with their first two sons. Dad had a short stint in the Royal Navy where he realized, as much as he loved the sea, he had to stay on land! He decided to follow his father and mother and, with his young family, and another on the way, emigrated to Canada in 1960 and the family settled in London Ontario. Here he began his long association with St Joseph’s hospital and the sisters of St Joseph. He started as an Orderly and eventually managed the patient transfer organization within the hospital making numerous lifelong contacts throughout the organization at all levels. It became a family institution as all his children and many other family members eventually were employed at various times. In his later year’s dad met his second wife, Mary and they enjoyed a loving companionship for over 10 years. Dad always lived life to the fullest and had to be on the move. He and mom and, later, Mary traveled extensively in Europe and Australia and in Canada and the USA. But nothing brought a smile to his face faster than seeing his grandchildren and eventually his great grandchildren. He was always playing and singing and ready to party!

You are my sunshine!!

The family wishes to express our gratitude to the staff at Henley Place nursing home for the care and compassion they provided during his last year.

Due to Covid restrictions no visitations will be held. A private funeral service will be held on Tuesday, May 25, 2021 at 12 o’clock. For those who wish to join the live streaming of the service, please CLICK HERE. Interment to follow at St. Peters Cemetery.  If desired, sympathy may be expressed with donations to the Canadian Kidney Foundation. (John T. Donohue Funeral Home)

Share Your Memory of
Charles
Upload Your Memory View All Memories
Be the first to upload a memory!
Share A Memory
Send Flowers