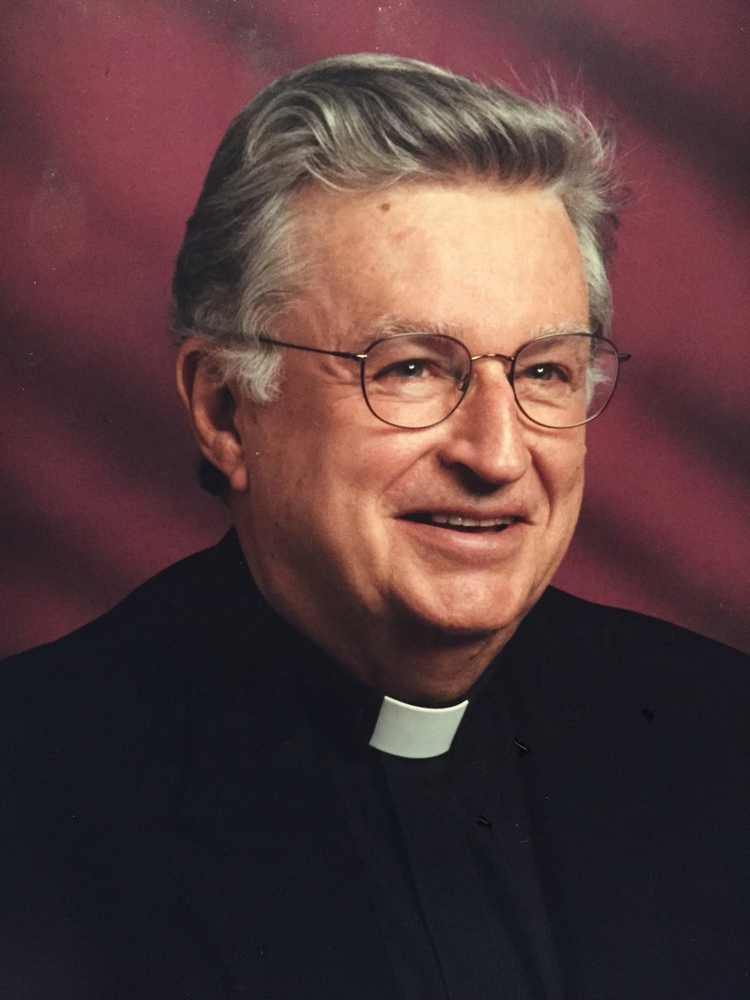 DEVINE, Reverend John Joseph ("Jack" "Buck")
Passed away peacefully in his 90th year of life at St. Mary's residence of Mount Hope Centre in London, Ontario on Sunday March 11, 2018.  He was the son of the late Joseph Alphonsus Devine (1958) and Agnes Catherine (Gleeson) Devine (1977).  He was also predeceased by his sisters Margaret Elizabeth Devine (2004) and Mary Frances Devine (2014).  Father Devine was born and raised in London and grew up on Bruce Street attending St. Martin's Separate School and then DeLaSalle High School where he excelled academically and athletically. After High School he attended St. Peter's Seminary in London and was ordained to the priesthood on June 12, 1954 at St. Peter's Cathedral. He celebrated his first mass the next day at his home parish of St. Martin's. He served the Diocese of London faithfully in numerous parishes; St. Peter's (Sarnia '54-'59), Sacred Heart (Sarnia '59-'61), Our Lady of Mercy (Sarnia '61-'66), Immaculate Conception (Stratford '66-'67), Chaplain to hospitals (Windsor '67-'68), St. Joseph's (Sarnia '68-'80) and St. Ursula's (Chatham '80-'99).  He retired from active parish duties in 1999 after 45 years of service and returned to London to be with his family. He continued to assist at local parishes and celebrated 60 years as a priest in 2014.  Father Devine's kind, calm and humorous personality brought out the best in everyone he encountered. He brought the youth of his parishes together using the various sports that he himself had enjoyed and he motivated all people to follow his example of faithfulness and kindness in everyday life activities. He was truly a priest for everyone. A very special thank you to all the staff and volunteers at St. Mary's residence of Mount Hope for caring for Fr. Devine with kindness, respect and love. "In truth I tell you, in so far as you did this to one of the least of these brothers of mine, you did it to me." Matthew 25:40 Visitors will be received at St. Peter's Basilica, 196 Dufferin Avenue, on Friday morning, March 16th from 9 am until the time of the Funeral Mass at 10 am. Interment in St. Peter's Cemetery. (John T. Donohue Funeral Home.)