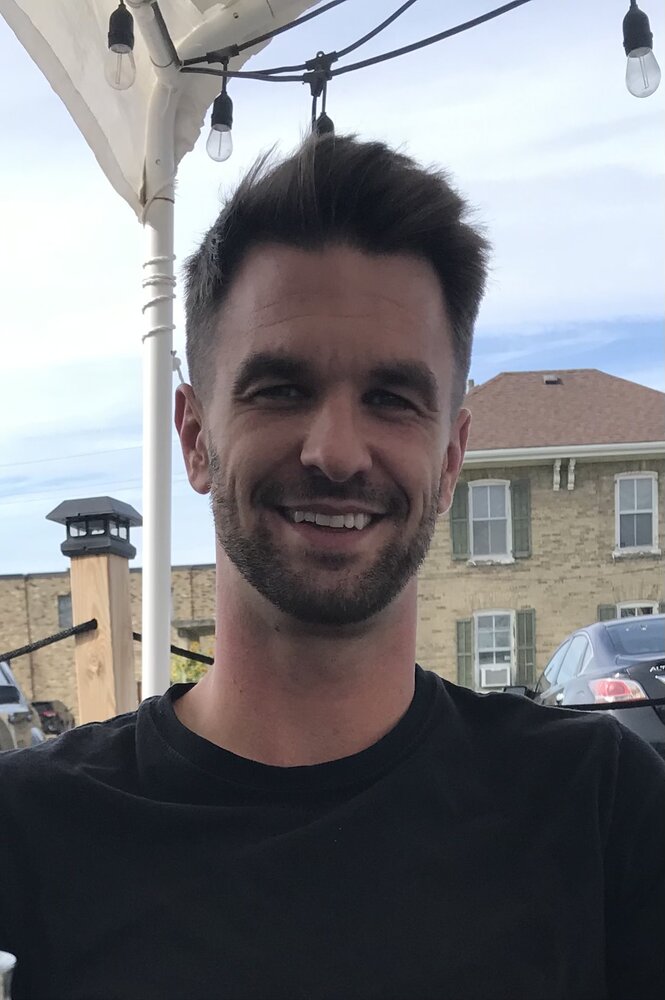 Brent Leonard Francis Cunning, passed away suddenly at home on September 14, 2022, at the young age of 34. Brent was predeceased by his father, Len in 2020.  Left to mourn are his wife Nicole, and their children Isla and Leo, mother Dee, brothers Kevin (Jenny & children Collier and Davis) and Ryan (Leigh & children Taylor, Carter and Brooklyn), along with large extended families from Europe to the US and Western Canada, and many dear friends.

Brent graduated from St Thomas Aquinas in 2006 and went on to Western University where a chance roommate placement with Kris Oliveira quickly lead to an introduction  to Kris’ younger sister Nicole. Brent and Nicole hit it off immediately and were constant companions. After graduating he and Nicole moved to Kingston, where he obtained his Master’s in Physiotherapy in 2015 from Queens University.

While he was a natural athlete and played hockey from a young age, his first loves were music and reading. In later life, enjoyed squash and golf, although he was still the only Cunning brother to not have a hole in one.

Brent was welcomed into the Oliveira family and was treated like a son by Maria and Domingos Olivera and a brother by Alicia, Kris, and his wife Kirsten (Macklin). All families came together for their wedding in 2017.

For the last several years, Brent has followed in his father’s footsteps building his physiotherapy practice and bringing awareness to Mechanical Diagnosis and Therapy (MDT). He believed in MDT and wished he could have done more to help scale it and watch it grow across the world.

Friends and family are invited to join the Memorial Mass on Saturday, September 17, 2022, at 11 am at St George Parish, 1164 Commissioner’s Road West, London, Ontario. Cremation has taken place.

In lieu of flowers, please hug your kids. If friends and family so desire, a donation in Brent’s memory to the Canadian Mental Health Association is appreciated. To donated CLICK HERE