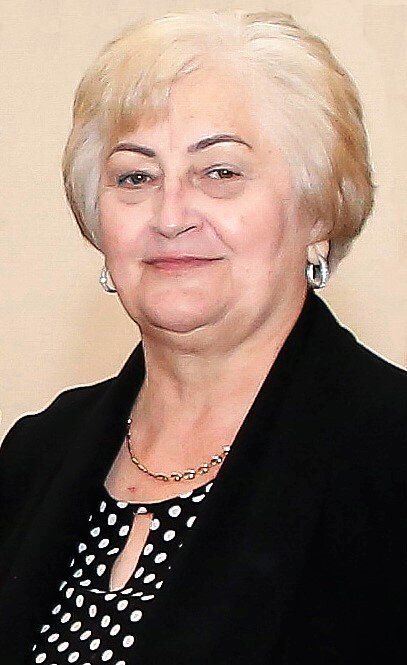 It is with great sadness, that we announce the passing of Katica Starcevic (Kolacevic), Friday August 26th, 2022.  Katica passed peacefully in her home, surrounded by her loving family. She is survived by her husband Mico (Milan) Starcevic, her two daughters Marija and Ivana (Steve) Skrtic and her three grandchildren, Kiko, Seka (Remi) and her namesake Kaja.

Katica is predeceased by her mother Ora and father Martin Kolacevic both from Kalinovaca, Lika Croatia.  She leaves behind a large extended family, her three siblings in Croatia and Bosnia, her sister Ivka (Nikola) Sljepac, Mile (Lucija) Kolacevic, Ive (Suzana) Kolacevic along with her nieces and nephews Martin (Stojanka) Sljepac, Ankica (Aco) Zec, Martin, Jelena, Josip and Marija Kolacevic, and countless cousins, aunts, uncles in Croatia, Germany, Australia, and Canada.

Katica was born November 1st, 1955 in Kalinovaca, Lika, Croatia. She immigrated to Canada in January of 1975, where upon her arrival she married her loving and devoted husband of 47 years, Milan (Mico) Starcevic.  They began their life in St. Thomas, where they worked and raised their two daughters. They later moved to London where they built a successful construction business. In the early years they enjoyed their free time amongst fellow Croatians, at picnics, church events, banquets held across Southern Ontario. She was a devoted wife and mother and in her most recent years Katica most enjoyed being a grandmother (BABA) to her three loving and adorable grandchildren. Baba doted on her entire family, but her grandchildren had a very special place in her heart.

Katica was very well known for her baking and cooking.  She was fantastic at pretty much everything she attempted and always gladly baked trays of cookies and cakes for weddings, and showers willingly for anyone that would ask and even if you didn’t ask, she always made sure that there was more than enough to go around.  Katica was a wonderful woman, always willing to help when she could and most certainly as often as she could, regardless of whether you were a neighbor, friend, or a member of her close family.

She will be sadly missed by all of those whose lives she has touched. She was and will remain a beautiful bright ray of light that will continue to watch over her family as an angel of God, much as she did in the physical world.

Donations can be made to St. Leopold Mandic Church, London Ontario or Crkva Sv. Jakov (Church) in Kalinovaca, Lika, Croatia.

Share Your Memory of
Kata
Upload Your Memory View All Memories
Be the first to upload a memory!
Share A Memory
Send Flowers
Plant a Tree