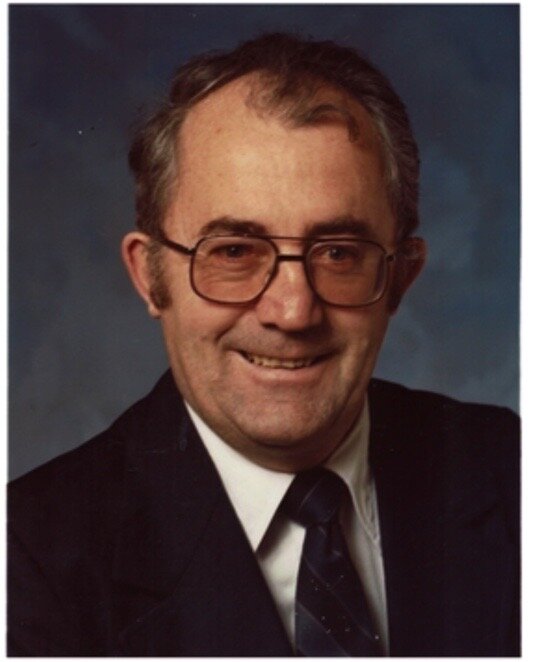 As the result of a fall George Joseph Rogister, in his 89th year, passed away on Friday, June 10, 2022.  Predeceased by his wife Mary Rogister (2008).  Former partner of Carol Rourke.  Loving father of Shannon Rogister (Rick McGee), Sean Rogister (Heidi), Joanna Rogister, Mary Lee McLachlan, Megan Tomas (Luis) and Joe Rogister (Kristy Walker).  Cherished poppa of Keira McGee, Brandon, Cassandra and Christian Rogister, Andrew, Catriona and Alex McConnell, Gavin and Lindsay McLachlan, and Kai Rogister. Uncle George will be missed by his numerous nieces, nephews and their families.  George was an active member of the Knights of Columbus at St. Michael's Parish, active in the parish and in multiple charitable organizations in the community.  George was a former vice principal at St. Patrick's Catholic High School in Sarnia, ON from 1970 - 1975, moving to London in 1975 to become principal of Catholic Central High School. Mary and George moved to the Queens Charlotte Islands on the West Coast of Canada to continue their spiritual journey as leaders in the Catholic Community to work as lay ministers for the church.  Visitors will be received at John T. Donohue Funeral Home, 362 Waterloo Street at King Street, on Monday, June 13th from 2-4 and 7-9 o'clock.  Funeral Mass will be held at St. Michael's Church, 511 Cheapside Street, on Tuesday, June 14th at 10 o'clock.  Private interement in St. Peter's Cemetery.  In lieu of flowers, donations to a charity of your choice would be appreciated.

Share Your Memory of
George
Upload Your Memory View All Memories
Be the first to upload a memory!
Share A Memory
Send Flowers
Plant a Tree