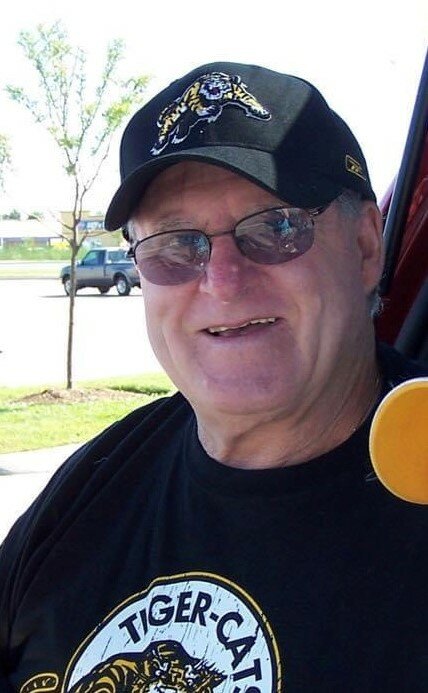 Surrounded by his loving family, on St. Patrick's Day, Sean sailed away.  Always in the hearts of his wife and soul mate Denise, Sean was proud of his daughters and their spouses Leanne (Patrice) Gonzalez, Tara (Rob) Burns, and his six grandchildren Joshua (Lindsay), Brianna (Cody), Zachary (Morgan), Matthew (Chayse), Adam (Katelyn), Branden (Emma). Dear brother to his sisters K.K., Judi (John), Christine (Stephen) and uncle to many nieces and nephews.  Predeceased by his siblings Mark and Merrill.  Sean will be remembered for his love of sailing, adventures in Mexico and beyond, a proud firefighter, a former football player who was inducted in the London Sports Hall of Fame with the London Lords and playing professionally for the Hamilton Tigercats.    Sean could be found working around his garage or varnishing his boat "Culzean".  The family wishes to extend a thank you to all front line workers including the emergency and critical care teams at Victoria Hospital.

Visitors will be received at John T. Donohue Funeral Home, 362 Waterloo Street at King Street, on Monday afternoon, March 21st from 2 o'clock until the time of the funeral service at 3 o'clock.  Those wishing to join the family via livestream may do so by CLICKING HERE    Cremation to follow.  As a courtesy to all, masks are mandatory.  Donations to Heart and Stroke Foundation would be appreciated.