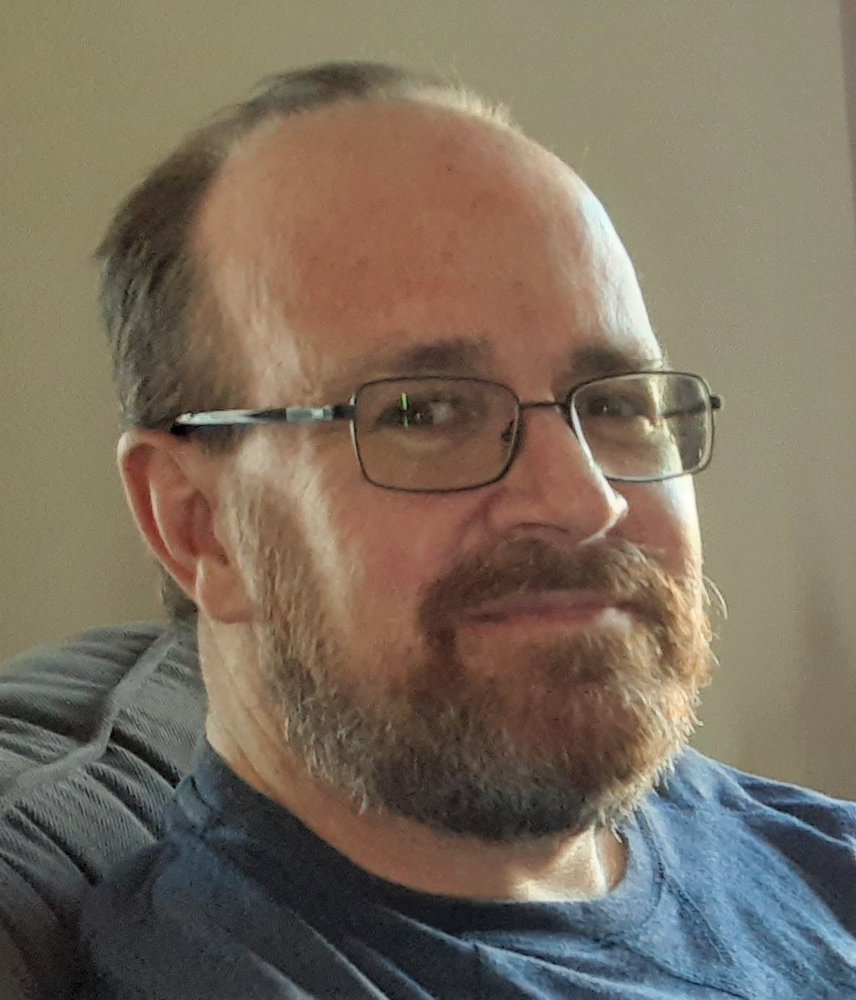 On the afternoon of April 18, 2021, at 1:15pm, Steve passed away at home in the company of Diane, his wife of over 20 years, and Melissa, their precious twelve-year-old daughter, as he wished.  On April 4, after chronic back and abdominal pain sent him to the ER, he was diagnosed with metastatic pancreatic cancer that had invaded his liver.  Steve hoped that chemotherapy would give him some extra time with his family, but despite the best efforts of the staff at LHSC, it quickly became evident that treatment was not an option.  Steve came home from the hospital to spend his final days with those he cared most about in this world.

Steve was born in Enfield, England and arrived in Canada just before turning 5, when his parents decided to immigrate to this country to start a new life.  Steve was an amazing human being who was passionate about history, visual arts, education, and museology.  He enjoyed good books, cooking tasty meals, gardening, hiking, fishing, travelling, his cats, going for walks, and most of all, spending time with his beloved wife and daughter.

Steve dedicated his life to museums, and during his career, he was employed at various institutions in Ontario including the Huron County Museum (Goderich), the Joseph Schneider Haus (Kitchener), the Homer Watson House and Gallery (Kitchener), and the Children’s Museum in London.  For the last 18 years, Steve was the Curator of Education at Museum London where he managed a group of tour guides and organized interactive and thoughtful art programs for school-aged children.  He was particularly proud of initiating the MACC (Making Art and Creating Community) Program which engaged both school boards in the London area.  Steve believed in leading with kindness and compassion.  He was a strong proponent of inclusivity, community building, and lifelong learning.  For a more detailed tribute to Steve’s work at Museum London, visit http://museumlondon.ca/news/2021/steve-mavers-museum-london-curator-of-education-may-4-1966-april-18-2021

Steve will be missed by many, but most of all by his wife and best friend Diane (Tomas) and his cherished daughter Melissa.  He will also be remembered fondly by his mother Julia Mavers, his sister Caron Bendle (Ron, Laura, and Mark), his sister-in-law Elizabeth and brother-in-law Fayaz (Amara and Gabriel), his father and mother-in-law Manuel and Maria Tomas, and his German family Uwe, Hannelore, Dirk, Silke, and Holger (Jonas and Eric).  He is predeceased by his father Horst Mavers.

Due to Covid-19 restrictions, Steve will be buried in a small private ceremony, and a Celebration of Life will be held at Museum London when conditions allow.  If you wish to be notified of the date and time, send an E-mail to s_dmavers@bell.net.  Museum London is setting up an education scholarship in honour of Steve’s legacy, and donations can be made at http://museumlondon.ca/support/donate.  When completing the donation form, please indicate that it is for Steve’s scholarship in the additional comments section.  Online condolences and special memories of Steve can be shared at https://donohuefuneralhome.ca