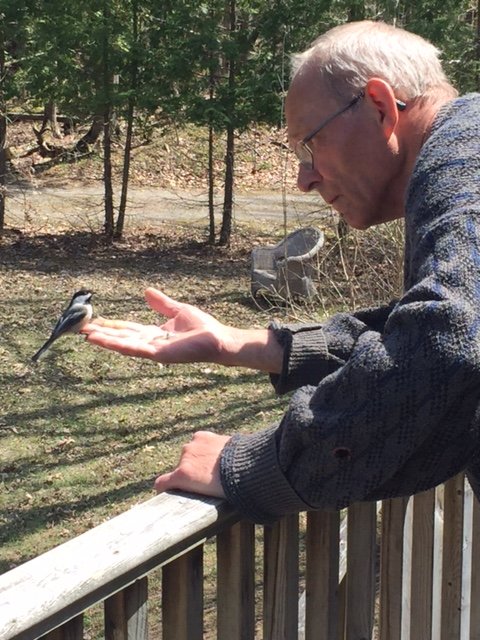 We are deeply saddened by the peaceful death of our dear brother Peter, in his 73rd year, following a valiant fight against cancer at his residence at Grandwood Park Retirement Home in London. Mourning his loss are his 13 siblings and their spouses: Mary Frances and Eddie Damaren; Joe Gelinas (Alliston, ON); Bill and Kathy Gelinas (Delaware, ON); Anne O’Neill; Carolyn and Carl Wilson; Gloria and Terry Fenn; David and Marie Gelinas (St. Joseph, ON); Tom Gelinas and Patricia Fowler-Gelinas; Leo and Cathy Gelinas; Cathy Bardawill; Jane and Patrick Bedard (Zurich, ON); Brenda and Garry Koehler (Hensall, ON) and Beth Risi as well as step-sisters and spouses: Pat and Bill Cuthbert and Wilhelmina and Pieter Kole, both of Sarnia, ON. Peter will also be greatly missed by his 39 nieces and nephews and 50 grand nieces and nephews. Uncle Pete loved and was very supportive of each of them. Peter was also the most proud Godfather to niece Ashley Bedard Roelands. Peter was predeceased by his parents, Claude (1988)and Merle (Dietrich) Gelinas (1966); his step-mother, Madeline Wessing Gelinas (1996); his sister-in-law, Carolle Gelinas, his brothers-in-law, John O’Neill; Jim Bardawill and Paul Lovett; his nephew, Trooper Mark Wilson as well as step-sisters, Marie Ronholme and Connie Kerwin. Peter was an amazing example of someone who lived successfully while coping with Schizophrenia. Peter’s family wish to thank the staff at Grandwood Park for his kind care and the London Community Palliative Outreach Care team and Southwest LHIN. Visitation will be held at St. Boniface Church, 22 Mary Street, Zurich on Saturday, March 6, 2021 from 10 to 11 o'clock. Memorial Mass to follow at 11 o'clock. Inurnment to take place at St. Boniface Cemetery. Due to COVID-19 restrictions, limited number are able to attend the visitation and Memorial Mass. Please e-mail donohue@donohuefuneralhome.ca with your first/last name and telephone number to register.

To join the live stream of the Memorial Mass, please CLICK HERE

Share Your Memory of
Peter
Upload Your Memory View All Memories
Be the first to upload a memory!
Share A Memory
Send Flowers