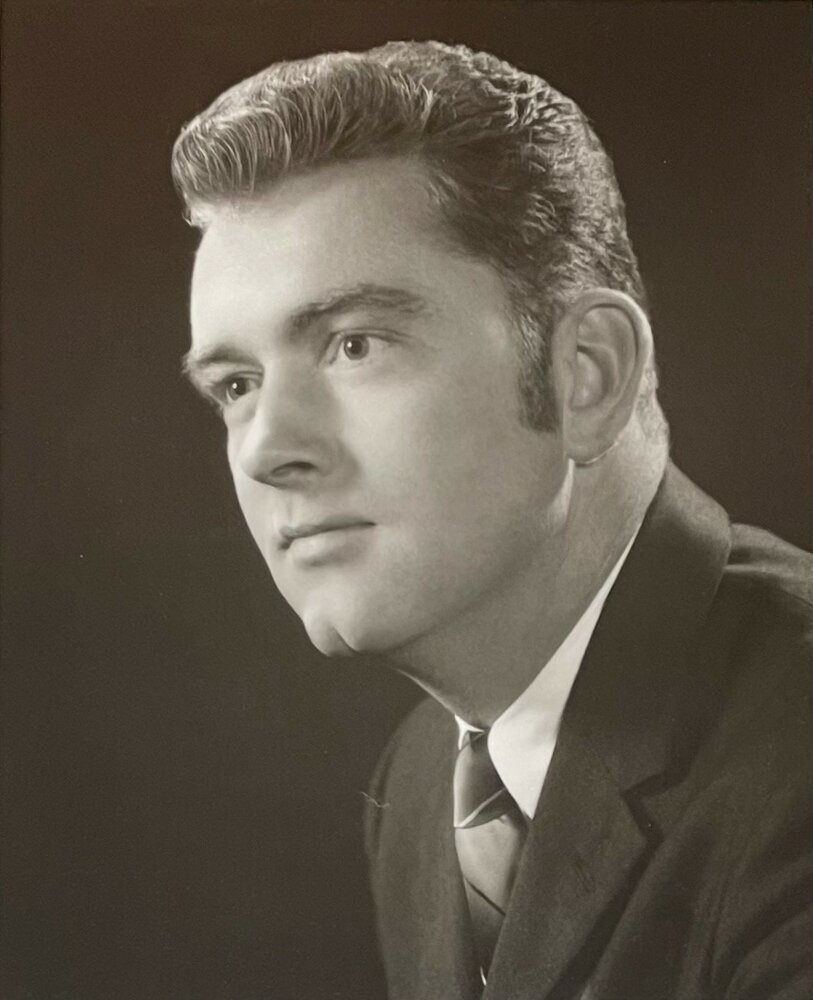 Treasured husband, father, and “papa”, Bob passed away unexpectedly on Thursday December 8th during his ongoing recovery from his recent heart surgery. Dear husband of 53 years to his loving wife Ilse. Beloved father of Morrell and Richard (Maricel) Rutherford. Proud grandfather of Cullen and Garrett McCurrach and Liam Rutherford. Predeceased by his grandson Taylor.

Bob worked a number of odd jobs over his career. He started with Dominion stores in high school, and they later sent him to Cornell University on a scholarship. When he first met Ilse, he was working for Rothman’s cigarettes. Despite quitting smoking, he stayed true to his salesman roots by continuing to carry cigarettes in his shirt pocket to offer potential customers. Bob then opened his first independent business in Toronto (Kitchen World) where he lived with his family for 13 years. They moved back to London after the death of Ilse’s mother, where he undertook renovating the family home of 50 years in the historical Woodfield district. Bob had a dream to obtain a historical designation for this home and in 2007 this designation was granted by the city. From there, he continued to work independently on his next business venture (Solutions Training) which was a plumbing and electrical training program he facilitated in stores across Canada. As part of this “travelling roadshow” he and Ilse would venture across the country to attend tradeshows where he taught the hardware and department store staff to train customers on completing their own home plumbing and electrical work. He did this using his patented displays, which were a staple of this business.

Bob was the governor of every street he ever lived on. He always made sure that there was a sense of community in each one of his neighborhoods. As a true patriot, he always took pride in hosting an annual Canada Day celebration where he would put on fireworks for the whole street to enjoy. He also loved individual sports, chief among which was golf and he and Ilse played regularly. Over the years, Bob also enjoyed skiing on both the mountains and lakes near his cottages in Gravenhurst, 3-Mile Lake, Wildwood, and Ellicottville. A real-life Bob the Builder, he converted his three-car garage into a workshop that he used to complete home and business-related projects, as well as his traditional wooden rocking horses that he crafted for all his friends' first children. He was currently building one to donate to a local fundraising initiative, which we hope to still have completed in his honor.

Business and pleasure aside, nothing brought Bob more joy than his loving wife Ilse. They spent most of their married years traveling the world and often brought their friends, children, and grandchildren along for the ride with them. Those that knew Bob knew he had no greater passion than surprising Ilse with birthday parties. He loved doing this so much that he would often fly the entire family out to catch her on their whirlwind adventures, each time doing so with perfect execution. Many of these surprises occurred in Barbados over a 25 year period.

Cremation has already taken place in honor of Bob’s wishes. A celebration of his life will follow, which will take place at the Marconi Club on March 4th, 2023, from 2-5pm. In lieu of flowers, donations can be made in Bob’s memory to either the Men’s Mission or the Heart & Stroke Foundation. The family would like to thank the staff at University Hospital for their exceptional care and compassion over the course of Bob’s final days. We love you so much Papa, and we will carry you with us forever.