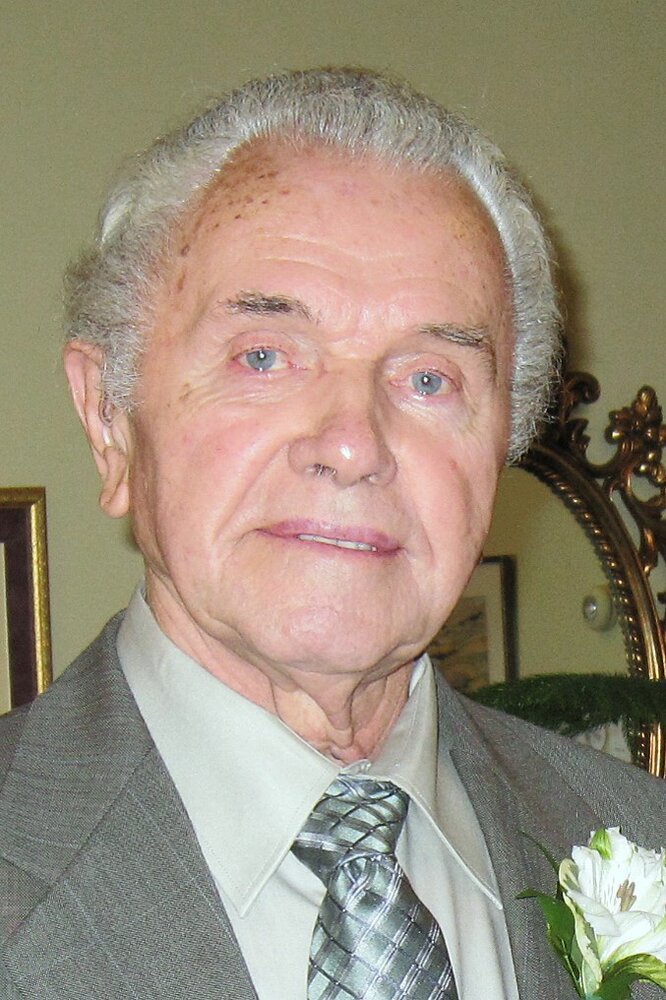 At Guelph General Hospital on Tuesday, November 8, 2022, Ludwig Trumpp in his 93rd year. Loving husband of Magdalena for 68 years. Dear father of Susan (Martin) Oxley and Timothy (Maria) Trumpp. Proud grandfather of Matthew and Bryan Oxley and Connor Trumpp and great grandfather of Benjamin and Katie Oxley. Ludwig will be remembered by his two sisters and many nieces and nephews in Germany as well as many close friends. Visitors will be received at John T. Donohue Funeral Home, 362 Waterloo Street at King Street, on Sunday, November 13th from 2-4 pm. Prayers will be held at 3:45pm. Funeral Mass will be held at St. Michael's Church, 511 Cheapside Street, on Monday, morning, November 14th at 11 o'clock. Interment in St. Peter's Cemetery. In lieu of flowers a memorial donation to your favourite charity would be appreciated.