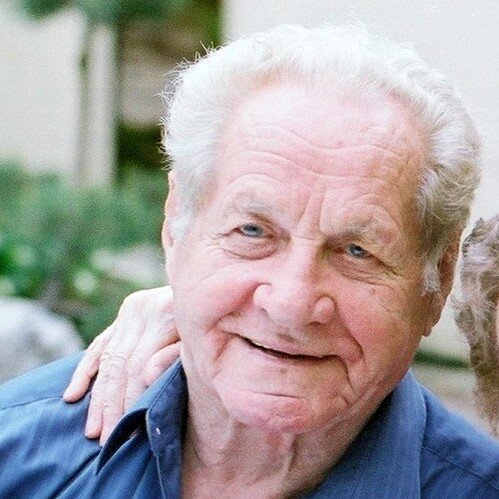 Ivan Radko Velikonja, aged 95, died peacefully at Mount Hope Centre for Long Term Care in London on October 10th, following a brief illness and a full, beautiful life. Predeceased by his wife, Silva, his parents Ivan and Katarina and his siblings Paola, Luigia, Vida, Stanislava. Left with fond and loving memories are his sons David (Andrea) and Ted (Carolynn), grandchildren Madi, Connor, Evan, Kennedy and Leah and his sister Maria. Remembered by his nieces and nephews in Ontario, extended family in Slovenia and his cherished friends and neighbours. Ivan was born in Tolmin, Slovenia and emigrated to Canada in 1954, settling in London, Ontario, which was to become his lifetime home. To those who knew him, Ivan was the truest measure of a man, as a husband, father, grandfather and friend. Kind and gentle, his light blue eyes twinkled with his wit, a quiet dignity and a presence that drew you in and held you, with the deepest kind of love. He will be greatly missed. Visitors will be received at John T. Donohue Funeral Home, 362 Waterloo Street at King Street, on Thursday, October 13th from 2-4 o’clock  Funeral Mass will be held at St. Francis-St. Martin Catholic Church, 46 Cathcart Street, on Friday, October 14th at 10 am.  Interment in St. Peter’s Cemetery.  In lieu of flowers, donations may be made in Ivan’s memory to the Heart & Stroke Foundation.