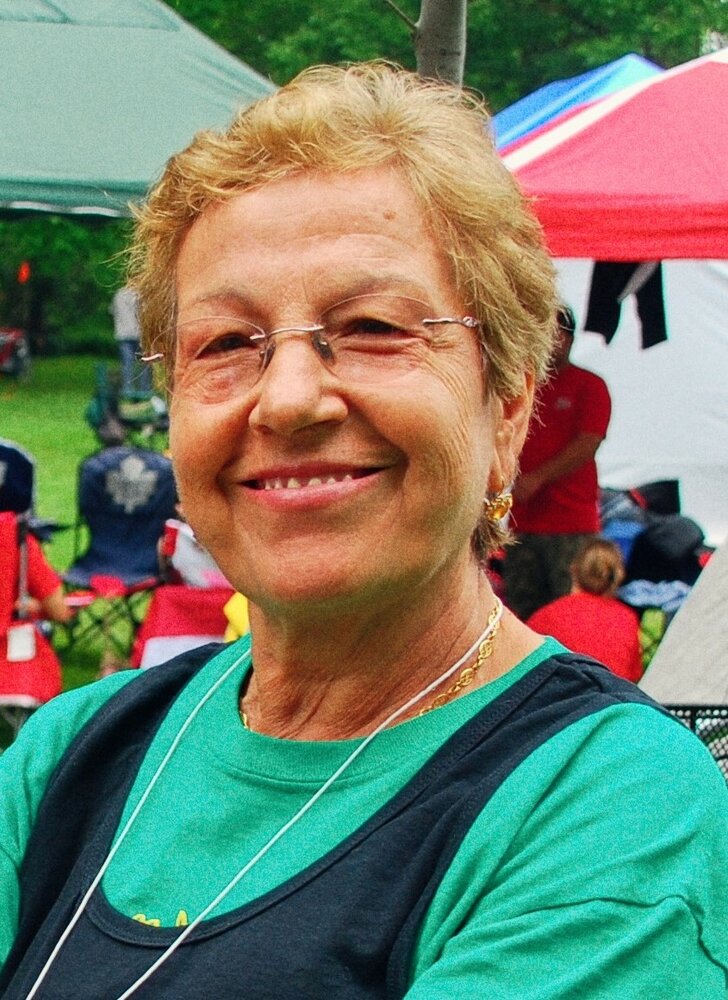 Rosa LoRusso (née Gaudino) passed away peacefully with her family by her side on Thursday, June 23, 2022 at the age of 82, at Victoria Hospital, London. Beloved wife, life partner and best friend of Armando. Loving mother of Sebastiano, Domenico and Andrea (Montemurro), Roberto and Carey (DeVrieze). Adored and forever loved by her grandchildren Marco, Julia, and Gabriel LoRusso.

Rosa will be deeply missed by her sisters, Caterina and her husband Sebastiano Barberi and Teresa and her husband Domenico Michienzi. Cherished sister-in-law to Maria (Bondi) Gaudino, Carmelina (Mazzotta) LoRusso and Maria (Buragina) LoRusso. Adored aunt to many beloved nieces and nephews. Cherished cousin to many across Canada, the United States and Europe.

Born in Curinga, Italy on March 2, 1940, Rosa immigrated to Canada in 1952, at the age of 12, with her parents and siblings. From her early teens, Rosa was working to support her family. In 1958, she reunited with her childhood sweetheart Armando. In 1960 they were wed and had 4 beautiful children. Rosa was a voracious reader and found inspiration through her pursuit and love for new experiences. In her 30s, she discovered the rich offerings of evening classes. From crochet, knitting, and embroidery to pottery, she was always seeking to learn something new.  She was also an avid tennis player, bowler, and thoroughly enjoyed taking fitness classes at the Memorial Boys and Girls Club. Rosa even joined a team of paddlers and participated in Dragon Boat Festivals for cancer survivors (although she was not a cancer patient at the time, she was a supporter)

Rosa loved to support her community and was an avid participant in many of the cultural events at both the London Marconi Club as well as a key contributor to a newer Italian Curinga club named for the town where she was born. She was also a past President of the Marconi Club Women’s Auxiliary, which was a testament to her passion for community involvement.

Rosa loved to explore. She and her husband traveled frequently every year for the past 50 years. On her travels, Rosa and her husband not only saw many wonderful places, they also made many lasting friends, not only with fellow travelers, but also with local community members. This ability to capture the hearts of others was a common theme in Rosa’s life.

Rosa was an exceptionally kind and giving person. When her children were younger she would often host her children’s friends, bandmates, and sports teammates for Saturday night homemade pizza. Even though people arrived sometimes unannounced, Rosa always made plenty of food to ensure no one would go without. When Rosa became a grandmother, she said it was her greatest joy in life. She beamed with joy every time she saw her grandchildren. She poured all of her love and affection into them and her grandchildren reciprocated in-kind. Rosa’s greatest legacy was her ability to love unconditionally and because of this, she has been able to allow those she leaves behind a greater love for her and for each other.

The family would like to thank the staff at Victoria Hospital in the Oncology and Palliative Care Units for their care, attention and professionalism.

Visitors will be received at the John T. Donohue Funeral Home, 362 Waterloo St, London, Ontario on Sunday, June 26 from 2-4pm and 7-9pm. Prayers will be held Sunday at 3:45 pm.  Funeral Mass will take place at St. Justin's Church, 855 Jalna Blvd on Monday, June 27 at 11am. Entombment in Holy Family Mausoleum, St. Peter's Cemetery, London, Ontario to follow. Donations can be made to the Canadian Cancer Society or the London Health Sciences Foundation.