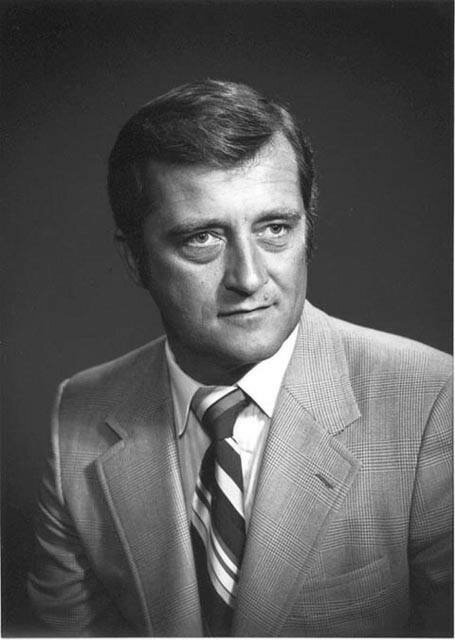 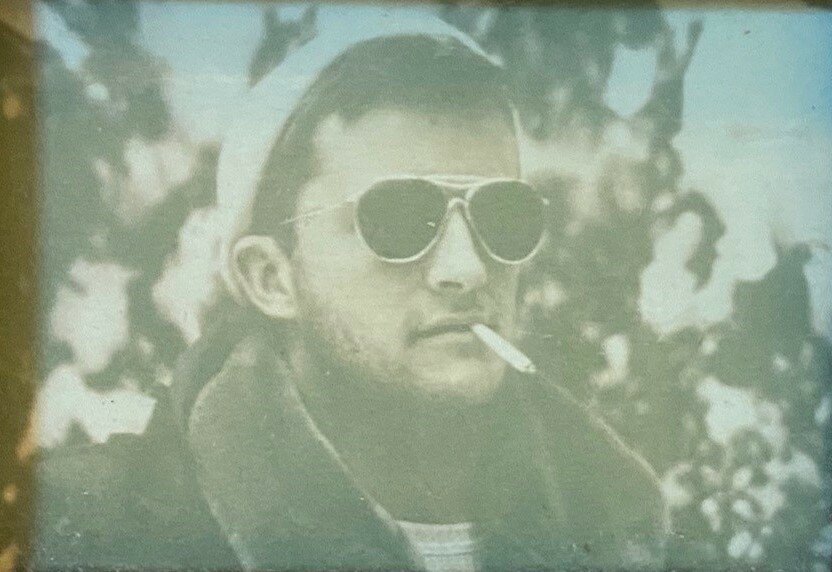 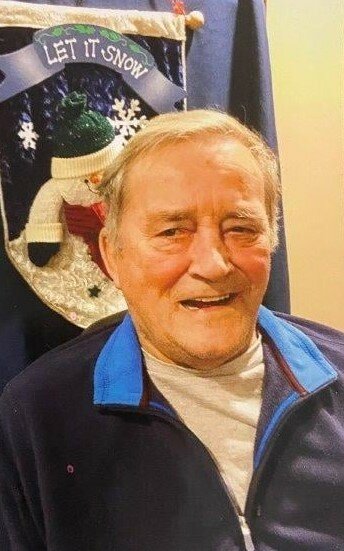 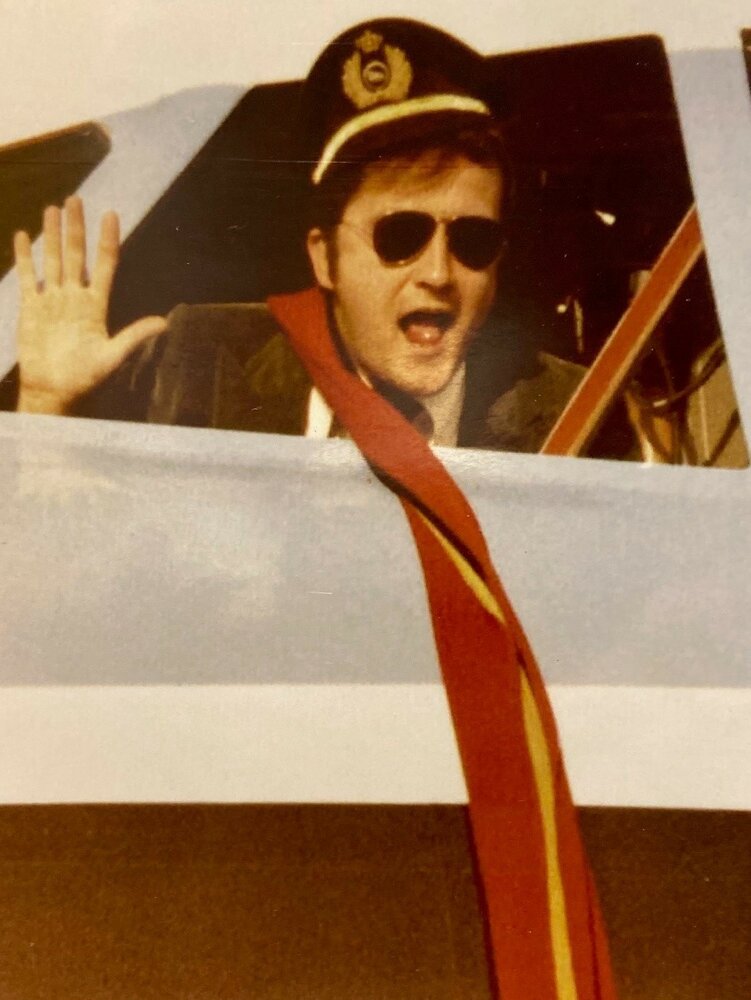 To watch the live stream of Mr. Plaxton Funeral Service please,  CLICK HERE  It will be a youtube channel and will be able to be viewed at a later time as well

Jim Plaxton passed away peacefully in his sleep at Chartwell Residence in London, at the age of 83, on September 26, 2021.  Strong and loving father to Patty Plaxton (John Sheedy), Tamsin Plaxton and Mark Plaxton (Gillian Orbell).   Cherished grandfather to Callum and Kate Sheedy, Gabrielle Plaxton Collingwood and Amanda and Olivia Plaxton.  Youngest brother to George (Toni), Ann and Dawn.  Predeceased by his parents Percy and Gabrielle Plaxton and his siblings Harriet, Carol, Charles, Gabrielle, Iola and Aline.

Jim grew up in Ottawa, Toronto, and Oakville.  He obtained his bachelor’s degree in Engineering at Ottawa U., through the Canadian Royal Officer Training Program, and then served in the Canadian Navy as a pilot flying helicopters and planes off aircraft carriers.   After leaving the Navy, Jim obtained his MBA at UWO.  He then combined his business acumen with his love for aviation as President of Dominion Pegasus Helicopters before making his first entrepreneurial move and buying Great Lakes Airlines.  Jim led the then defunct airline through a brilliant turn-around and grew it into a regional airline which later was renamed Air Ontario.

Early in his career, Jim developed a passion for sailing and purchased his first of many sailboats, a C&C he called Great Shakes, which he both raced and took on family holidays in the North Channel.  He loved yacht racing and his C&C so much that he bought the company and began racing the prototypes.  In the world of competitive offshore racing Jim, known as “JR” to sailing friends & competitors alike, sailed his “Silver Shadow” yachts (C&C43, C&C41 and C&C44) in the 1980’s to victories in Great Lakes, SORC, NYYC Spring & Fall series races, as well as being a key part of Canada’s victorious 1982 Onion Patch/Bermuda Race team.

Jim’s approach to competitive sailing was very much one of team building through Inspiration, fairness, and above all great laughter & good times, and in doing so, Jim had immeasurable impact on the lives of many sailors both in Canada and internationally,

Other business ventures Jim invested in or led during his career included Exec Air, Aurora Motors - a luxury car manufacturer, and a stint spent working in Africa as a consultant for Air Serve. Highly respected by his peers & business associates, Jim constantly strove for excellence as a matter of course, not for personal gain or glory.

As a pilot in the navy Jim was the original “top gun”.  As a competitive sailor who represented Canada in such races as the Admirals Cup, Jim truly was a “Man of the Sea”.  As the owner and CEO of Air Ontario, Jim was a major contributor to the Canadian airline industry.

When he sold his interest in Air Ontario and retired, Jim took to the high seas again, this time on a luxury yacht called the Wild Harp.  Many family members and friends joined Jim enroute through his several years of adventures at sea. Jim settled for some time in the BVI and there was host to many vacationing family members.  Jim eventually returned to Ontario where he reconnected with friends and spent summer vacations with family cottaging and boating.

While renowned for his business and sailing accomplishments, Jim was best known among his family and friends as the “cool” dad, uncle, brother, grandfather…. , as the family connector and as the wise consul.   He was a force of energy in bringing together his immediate and extended family for many a good time.  He was the motivation for numerous parties and large family re-unions with song, dance, and tons of laughter around the piano until the wee hours.  He was also always available for his kids, nieces, nephews, grandchildren, and their friends for advice on life and love and would stay up late into the night with young people to actively listen and offer counsel.  Jim always supported and encouraged his three children to pursue all their academic, athletic, and recreational interests. Jim helped his children develop confidence, the desire to dream big, the ability & fortitude to pursue those dreams, and the perseverance and grit to see their dreams through to fruition.

Jim was an avid dog lover his whole life and was never without a dog for long.  He also loved music, had a great singing voice and was self-taught in guitar, piano and harmonica.

Jim was and remained until the very end a true romantic.  He loved deeply and was deeply loved.   He was also incredibly accepting and made friends with everyone. He was generous, kind and patient.  In his last four years, while living at Chartwell residence, Jim was much loved by the staff and residents for his sense of humour and great story telling skills.

Everyone who knew him will agree that Jim lived large and while his passing leaves a void in so many lives, his spirit and passion live on in the many people he inspired and loved throughout his 83 years.

All Visitors will be received at John T. Donohue Funeral Home, 362 Waterloo St. at King St., London, Ont. on Thursday, Oct. 14th from 4 - 4:50 or 5- 6 pm with two one-hour sessions (accommodates 50 each). Registration is required. Please email your name and phone number to donohue@donohuefuneralhome.ca

Words of Remembrance and Funeral Mass will be held in St. Peter's Cathedral Basilica (accommodates 115), 196 Dufferin Ave., London on Friday, October 15th at 1:30 pm.  Registration is required to enter St Peter's Basilica.  Please email your name and phone number to donohue@donohuefuneralhome.ca.  A Reception will be held immediately following the Mass .