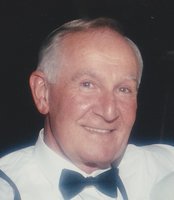 DOIRON, Peter James Peacefully, surrounded by his family at home, Peter James Doiron was called by the Lord on Sunday, December 1st, in his 78th year. His devotion to his family and his firm belief in God supported Peter and ultimately gave him peace. Born in St. John New Brunswick on July 27th, 1942, the eldest son of the late Pete Doiron and Constance Doiron (Finnigan). Loving husband of Jeannette Doiron (Gallant) of 54 years. Devoted father of Liane Allen (Steve), Peter Doiron (Sheryl), Judith Gallo (Matteo) and Joanne Couto (Tony). Dear Papa of Hailey, Katie, Stephanie, Nicole, Christina and David and great-grandfather of Brody. Survived by his siblings, Michael Doiron (Dianne Barr) of Baltimore, MD, Robert Doiron (Pam), Christine Doiron and Jane Lockhart (Danny) all of New Brunswick. Predeceased by his siblings Cheryl Doiron and Pat Doiron (Tammy). Loving brother-in law of Aline Babineau (Henri), Irene Scholten (Alex), Lea Scholten (Tony), Elzear Gallant (Ruth), Leonard Gallant (Janita) and Pierre Gallant (Marilyn). Peter will be remembered most for his commitment to his family and generosity towards others. Peter was a faith-filled Catholic and genuinely believed in the power of prayer through his special devotion to the Blessed Virgin Mary. As a graduate of the prestigious London School of Economics (United Kingdom), Peter made a huge impact in the area of children’s mental health where he founded and developed the HomeShare Program for medically fragile and technologically dependent children, whom he truly believed to be living saints on earth. The Doiron family would like to extend a heartfelt thank you to Dr. Mura, Robert Heffner, Nicole Lukey and the entire Palliative Care team, for their compassion and care throughout his journey. Visitors are welcome to John T. Donohue Funeral Home, 362 Waterloo Street, on Wednesday, December 4, 2019 from 2 to 4 and 7 to 9 o’clock. Prayers at 6:45. Funeral Mass will be held at Holy Family Parish, 777 Valetta Street, on Thursday, December 5, 2019 at 10 o’clock. Cremation to follow. In lieu of flowers, it is Peter’s wishes that donations be directed to the Parkinson’s Society in support of his wife’s continued and courageous battle.