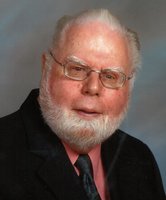 Pritchard, Anthony Jack (Tony) It is with great sadness we announce the passing of Tony Pritchard at the McCormick Home on July 27, 2019. Loving husband of Judit Comeau. Dear father of Jackie Pritchard Ironside (Franz Einwiller) and Anne (Chris) Lyons. Proud grandfather to Jenny (Josh) Doran, Luke (Nikki) Ironside, Vickie (Erik) Robinson, Nick (Alecia) Ironside, Candice Avola-Lyons (Gary Cordick), Mark Avola-Lyons (Caitlin Woolcott), Ben (Alicia) Lyons and 15 great grandchildren. Predeceased by his wife Mary (nee Minhinnick) Pritchard (2000). Tony will be greatly missed by Patricia, Jacob and Julia Hoffer, his many in-laws, nieces and nephews. Tony was a gifted musician and shared his talent and love of big band, Dixieland and Jazz through a number of groups spanning many decades. He was an avid sailor, active in the CPS where he achieved the rank of District Commander. He brought from England his hobby of flying model airplanes and joined the Forest City Flyers. He was also an enthusiastic member of SLR. He was well respected in the business community and worked as an accountant and advisor at Wright Lithographing for 40 years. His infectious laugh brought much joy to family and friends. Visitors will be received at the John T. Donohue Funeral Home, 362 Waterloo Street at King Street in London, on Wednesday, July 31st from 2-4 and 7-9 o'clock. Funeral Service will be held at St. John the Divine Anglican Church, 21557 Richmond Street in Arva, on Thursday morning, August 1st at 11 o'clock. Interment in St. Peter's Cemetery. Donations to the Parkinson Society would be appreciated.